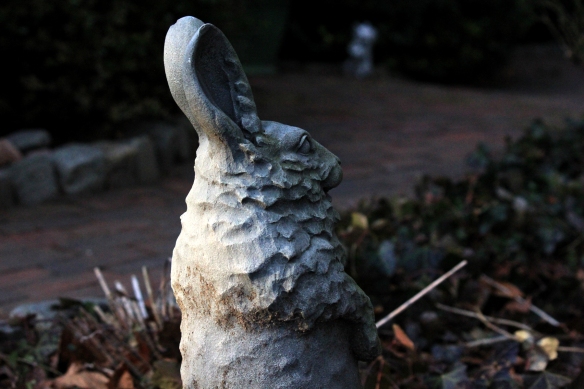 I walked on Federal Street and the surrounding streets just before sunset on Sunday. This small contained neighborhood sits above bridge street and its high position gives little away about the industrial street below. Glimpses are caught of the channelized river long abandoned by the mills, and the old unused rail, rusty, awaiting its conversion to a trail. The dogs must be there in their park but I heard no sounds from below. Above, in the idyllic streets where housewrights and tailors and harness makers built these houses in long ago times like 1777 and 1804. I came at an appropriate time of day. The warm winter sun low in the sky reached to brighten the already bright colors and make it all more picturesque, which goes quite well with a January nostalgia. To my surprise I found a wide brick stair that lead down to the functional mess of Bridge Street below; I did not take it, but wondered if it was a public through way. I asked a woman who came by walking her two small dogs; she said she didn’t know, but that she had used it as such on her way to the station. Well, that is good. Perhaps I can do the same on my way to work on a morning when I’m not running late. After I met a woman from Southern California walking down Federal Street; it is her daily exercise. 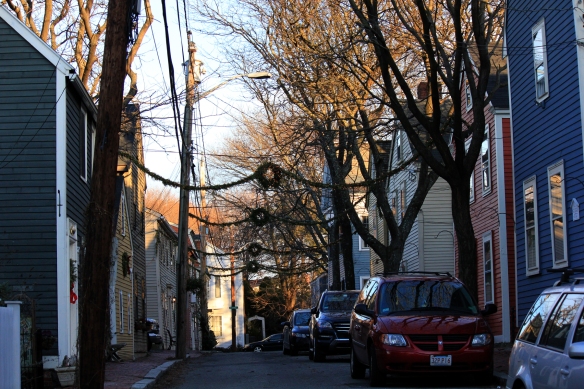